About our Prescot funeral home

At Berry & Jagger Funeral Directors, we have you in our mind every step of the way, which is why we will tailor your loved one’s funeral to be a reflection of their life. Our compassionate team will tap into their knowledge and expertise to create something special and unique to give your loved one the best possible goodbye. We can offer any type of funeral you wish, from something more traditional to a colourful celebration of life.

Since we opened our doors in Merseyside, we have served the Whiston community with an outstanding standard of funeral care. For many years we have also helped the neighbouring areas of Whiston Cross, Prescot and Holt.

We never compromise in quality which is why we are available to give you support and guidance every step of the way. You can call us at any time, day or night and we will be here to help. 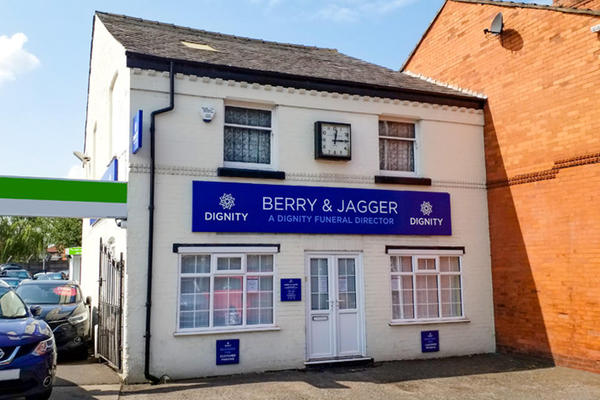 With two packages available, we will arrange a funeral for your loved one suited to your requirements. Whether it's a traditional or a more contemporary service, you have unlimited choice with our Full Service Funeral. If a little flexibility with the arrangements is not a problem, a Simple Funeral at a lower cost may be preferable.

We are located on the main road near Whiston Hospital.

There is limited car parking at the funeral home, but there is ample parking on surrounding streets.

5.0
Rating 5.0
based on 4 reviews
Mr Gary M.
Rating 5.0
Very good service. Very helpful staff. Made everything so easy. Would definitely recommend.
Response from Berry & Jagger Funeral Directors
Thank you for the kind comments posted on your online review. I am pleased we were able to help make things easier for you at such a difficult time.
Mr Ian D.
Rating 5.0
We used B&J in Warrington Road Prescot to manage the funeral arrangements of my sister having used them on a number of occasions before. Our previous contact had moved on and Rachel was our primary contact.
There were some particular issues with the coroners office which delayed the funeral but I have to say Rachel was superb in supporting the family not only with the various aspects of the funeral arrangements themselves but also in supporting us in our dealings with the coroners office.

The funeral itself went off without any problems and was a really well managed event and thanks to Stephen the funeral director who led on the day.

Overall we received a first class professional and friendly service from all the staff who we came into contact with from B&J. The advice we received in particular from Rachel was welcomed and well received both in terms of the issues with the coroners office and also in putting together the various aspects of the funeral arrangements. Service was always courteous, timely and responsive and I particularly valued the fact that when a response was promised it arrived whether in person, on the phone or by email.

The costs of the funeral may not have been the cheapest available (hard to comment as I did not shop around) but you get what you pay for and my primary consideration was to ensure I received a quality well managed service.

Thank you once again to Rachel, Stephen and other colleagues at B&J, you delivered a first class funeral and overall service.

Best Regards
Ian Dunn
Response from Berry & Jagger Funeral Directors
We would like to thank you for your 5* rating and comments. Your comments allow us to make sure that we are providing the highest level of support to our families and we are happy that our staff demonstrated this, by assisting you in your dealings with the Coroner’s Office and that our staff were always courteous, timely and responsive whilst assisting you with the organising of the Funeral. Thank you again for your 5* review.
Mrs Carolyn G.
Rating 5.0
Berry and Jagger gave us a perfect service for our dad. From the moment we contacted them they were professional, compassionate and empathetic. Both Rachael and Steven ensured that everything was thought of right down to the cards for the flowers. They made a very emotional time much easier to deal with.
Response from Berry & Jagger Funeral Directors
Thank you for taking the time to complete the online review. I am pleased to hear that you found our staff to be professional and respectful and that we were able to help make things easier for you at such a difficult time.
Mr David G.
Rating 5.0
A death is always a sad experience for me it was my Mum who died 7th May. After the phone call we called in and saw R. We were put immediately at rest and felt as though we were family and had known R for a lifetime. We met S who said he would be a friendly face on the day of the funeral. And he was, again it was as though we had known each other for ever. At the service S explained where he would be and let me know what to do as and when and this was all the way through the rest of the day.
If you are reading this and wonder if you should use the services of this company or look elsewhere. Well all I can say is everyone will do everything you want and more besides. If you wanted to see your loved one late in the evening or early on a Sunday morning it would not be a problem.
Also they make a smashing cup of tea.!
Response from Berry & Jagger Funeral Directors
Thank you for sharing your experience with us on your online review. I am pleased that you were so well looked after by our team and that the arrangements for your Mother were carried out to your satisfaction.
Displaying reviews 1 - 2 out of the 4 most recent

Other Dignity branches near you 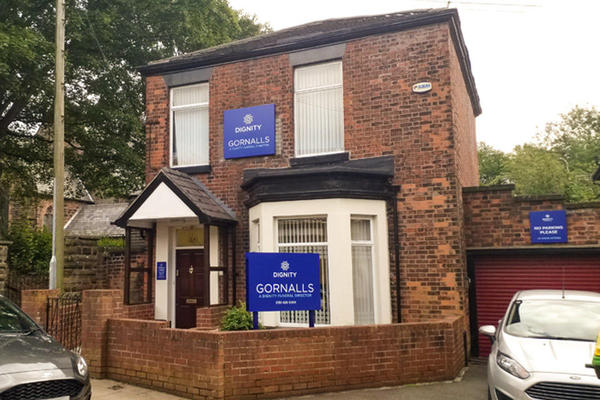 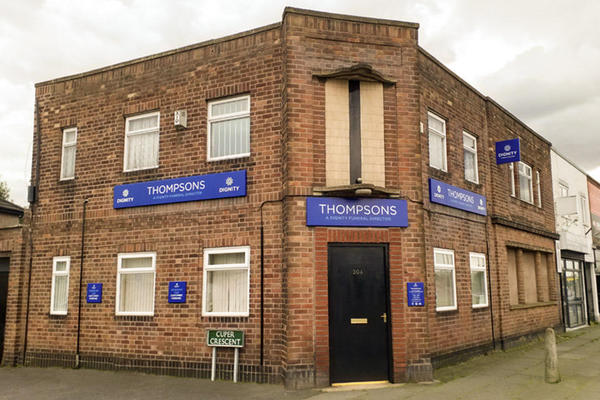 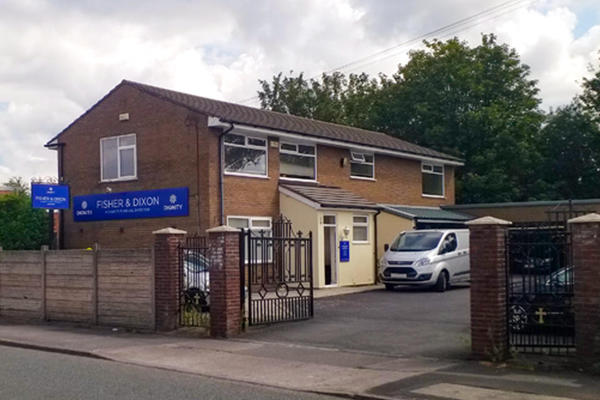 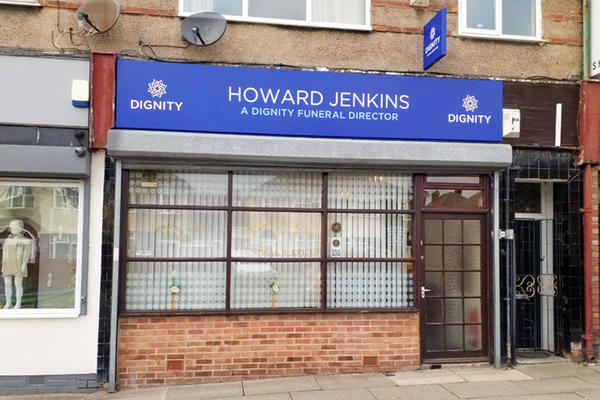 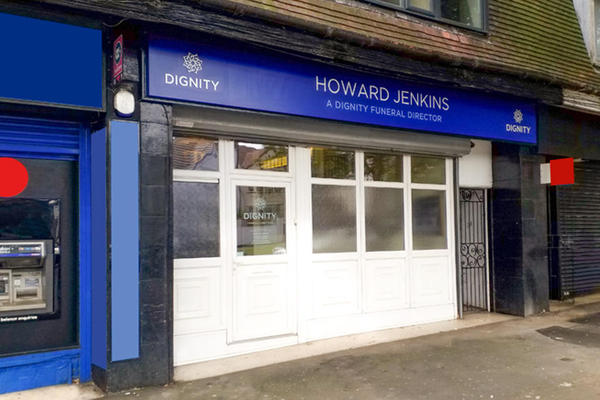 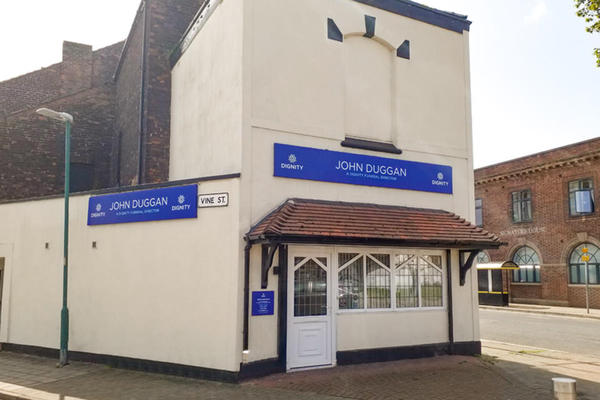 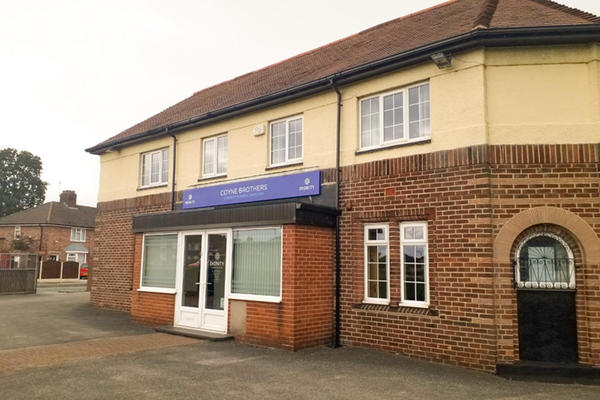 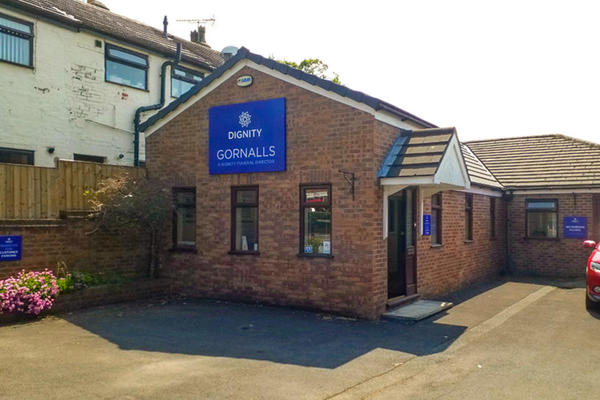 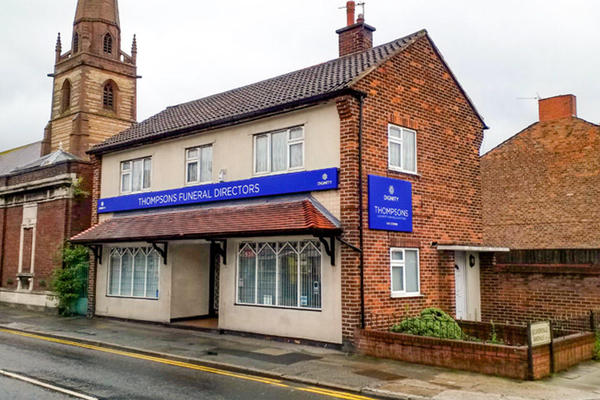 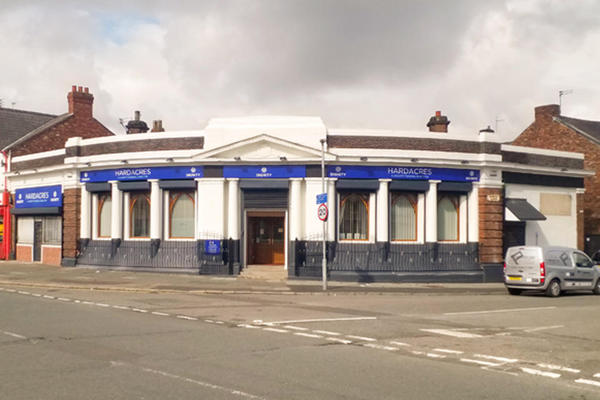