Pioneers of the profession

At W Nodes Funeral Directors, it has been an honour to serve our communities in North London over the last century, and to play a part in the advancements of the funeral profession over the years.

After the First World War, we were one of the first funeral directors to have our own chapel of rest that was separate to our premises. During this time, funeral homes would have typically had one chapel of rest inside or adjacent to their premises.

Serving families from our funeral homes in Wood Green and Southgate, our chapel of rest became a valuable part of our community, used by many families during their time of need. As demand continued to increase, plans were made to open a new chapel of rest in 1952.

The first chapel of its kind

The chapel was a beautiful red brick building, which was initially used as a Unitarian Church until the interwar years when it became disused. When Mr Nodes bought the church, the congregation used the hall as their place of meeting, while the rest of building was to undergo some extensive refurbishments, overseen by Mr J. W. Parsley of the Ministry of Business Innovation and Employment.

The old bench pews of the church were removed and the building was divided by oak panelled partitions, and a series of separate private chapels were formed. The chapels were designed to be suitable for every denomination, with subdued lighting, central heating and complete privacy for families. One chapel was specially equipped for those of the Roman Catholic faith, with a shrine of Sassafento’s “Madonna”, brass alter candlesticks and crucifix.

Another six chapels displayed the famous “Light of the World” painting by William Holman Hunt. Each room was carpeted with an area used for floral tributes. The final and largest chapel could accommodate up to ten or more caskets, and there was a tastefully furnished waiting area.

On the other side of the building there was a room with a church organ on a raised platform, alongside a pulpit with an alter made of oak, and above this stood a burnished Celtic cross. 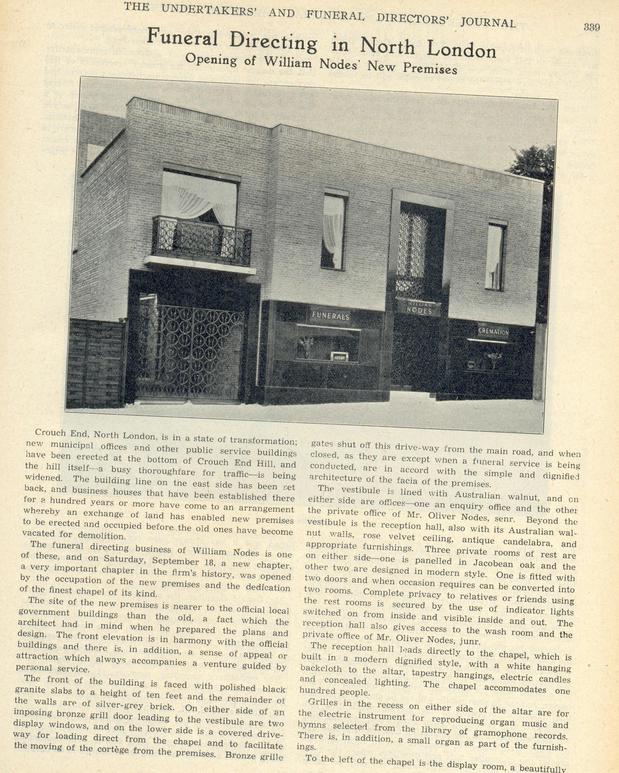 During this time, having a funeral service in London meant that several families may have shared a chapel during a service. The new chapel that W Nodes constructed gave families the option of a private service for their loved ones who had passed away. At the time, this concept was unheard of. There was even a vestry for clergymen, as well as well equipped preparation room and an office with a private telephone to the main office.

The Mayor of Wood Green led the opening of W Nodes’ new chapel on 19th November 1952, with 100 attendees sat on the beautifully upholstered, carved oak pews. The lightly fumed oak used throughout the building was reproduced by Dottridge Bros in Hatfield, and were originally used in the 16th century in the City of London. 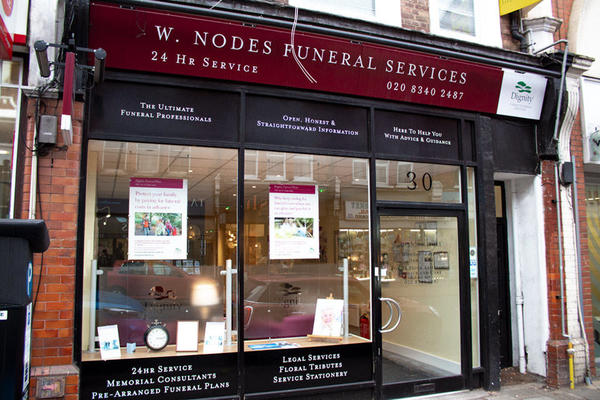 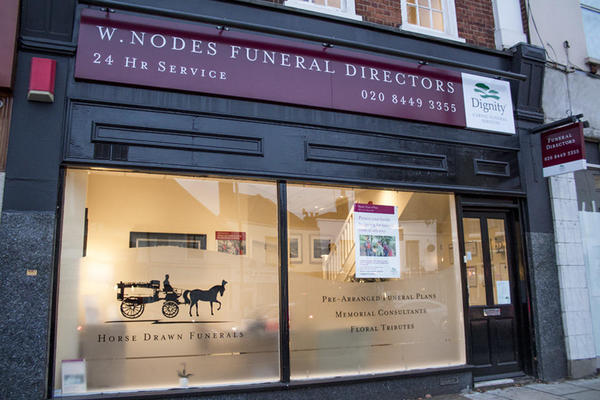 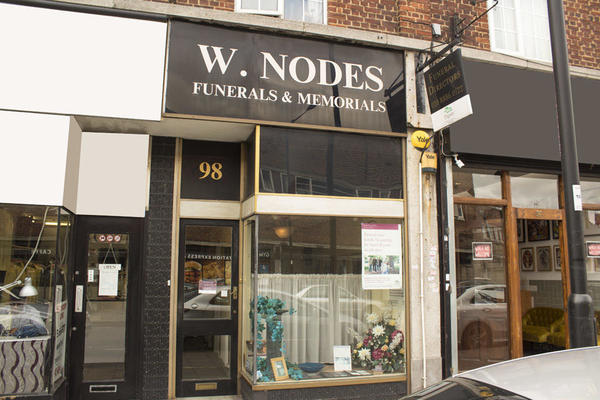 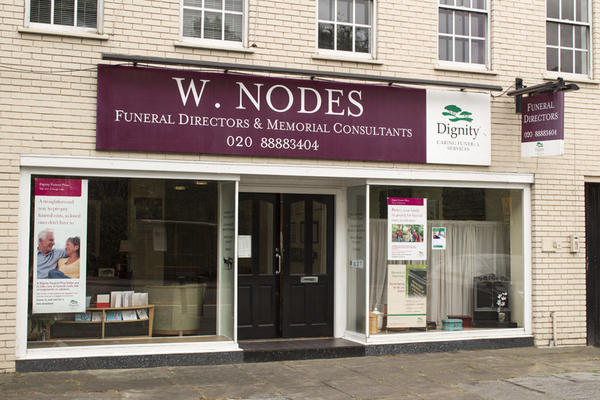