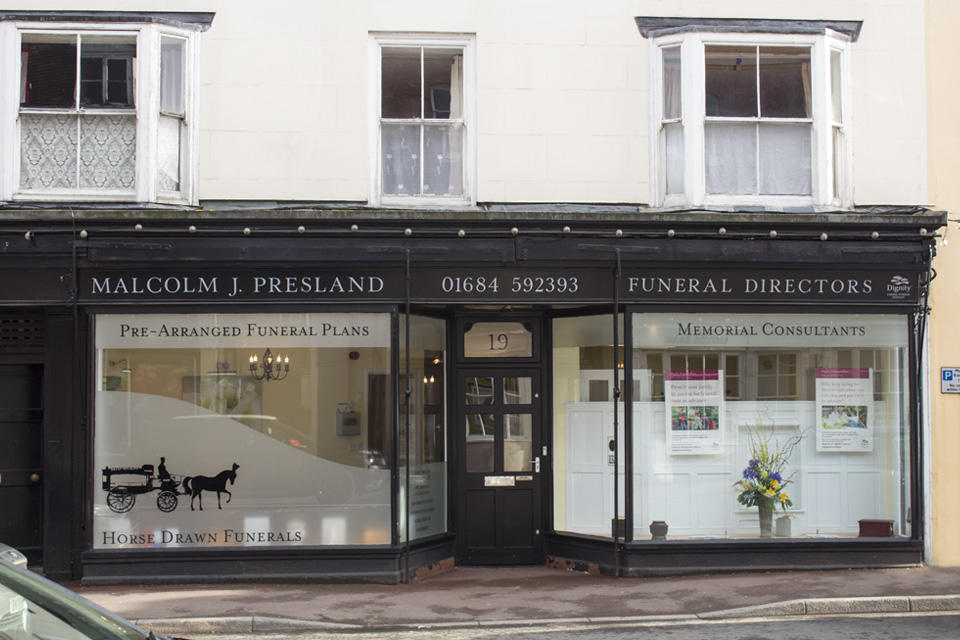 About our Upton funeral home

At Malcolm J Presland Funeral Directors, here in Upton-upon-Severn, we aim to help you at a time of need. With a long history of providing care to the families of our town and surrounding Worcestershire, we can ensure your loved one has a dignified and fitting funeral.

We are not only here to look after the arrangements for your loved one's send off, but also to provide you with support when you need it, helping to ease a little of the emotional toil you may presently be experiencing.

Our team of funeral directors in Upton-upon-Severn is here to advise and offer guidance, so that you can remember your loved one in a personal service in accordance with your needs. However you wish to say goodbye, we will strive to make it happen.

You can find our Upton-upon-Severn funeral home on the High Street, next door to the distinctive White Lion Hotel, on a site that was once the public mortuary. Our location means we can serve not only the town but also families from nearby communities such as Ryall and Longdon. We also have another funeral directors in Tewkesbury.

Available when you need us, 24 hours a day, we will be here for you at this difficult time. To speak to somebody about your loved one's funeral, call our funeral directors in Upton-upon-Severn today.

At Malcolm J Presland Funeral Directors, we serve families with the greatest care, from our funeral directors in West England.
Read more

There is car parking available at the funeral home.

We also appreciate your patience and understanding of our new Funeral Director, who is still training.