C Selby & Son Funeral Directors can be traced back to 1848, when Edward Selby ran an undertaking business from Tabernacle Walk in Shoreditch. There was also a premise just north of the City in Finsbury, then at several addresses in Bow and Bromley-by-Bow trading as Charles Selby.

In 1913, Selby's Funeral Directors stood on the corner of Bow Road and Bromley High Street. During this time, Bow was a centre for Suffragette activists trying to raise awareness of the Votes for Women notion. One of their ways of doing this was by breaking shop windows, which not only happened to the Selby shopfront, but it was done by the famous Sylvia Pankhurst, the leader of the campaign. "I broke an undertaker's window. I was seized by two Policemen".

Three years later, more serious damage was done to Selby premises due to the First World War. A Zeppelin L33 aircraft dropped its payload of bombs on the Bow area, destroying the Black Swan pub across the road from the Selby's, which was also left badly damaged. 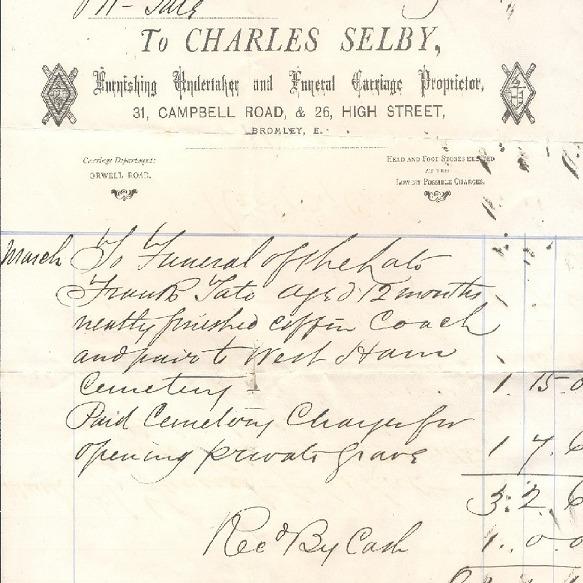 Jack the Ripper and later years

In 1920, the funeral directors in Bow was up and running once again. It was this year that they conducted the funeral the man who found the body of Mary "Polly" Nichols, Jack the Ripper's first victim. The man's name was Charles Cross Allen Lechmere, also known as Charles Cross, which is the false name he gave to the police after finding Nichol's body. Lechmere is thought to be one of the most likely suspects of the Ripper murders.

In 1967, Lawrence J Selby applied to what was then called the Poplar council for permission to turn J S Elkington & Sons Builders at 816/826 Old Ford Road into afuneral directors. He required two offices, two chapels, an embalming room, a mortuary, workshop and a coffin store. These new premises would accommodate a funeral director, two workmen, three drivers and six vehicles. He also applied for an illuminated box sign reading 'Selby Funeral Service', which later came to be a local landmark.

The Selbys eventually ended settling on Bow Road in the 1990s, next to Tower Hamlets Registrar. Their funeral home was previously a bank, and prior to this, Bow Police station, which had opened in 1854. 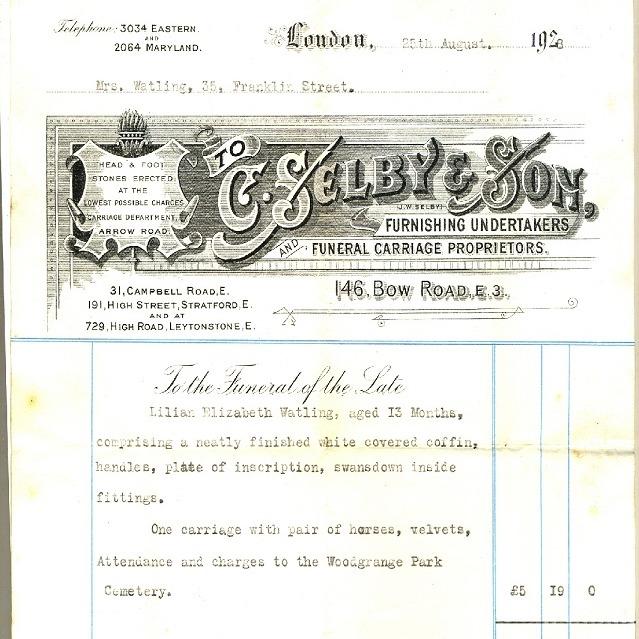 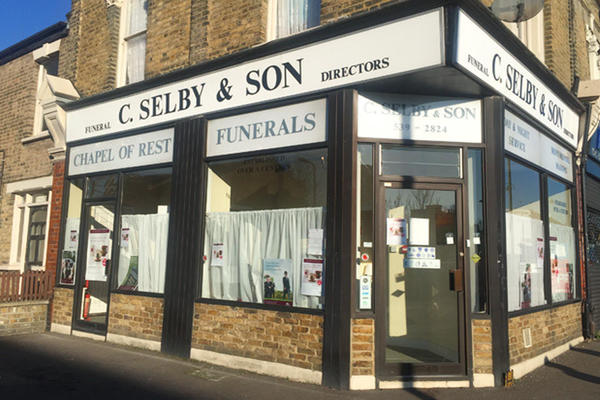