The history of our Hertfordshire funeral directors

In 1958, a local man called Ted Crouch owned a hardware shop in Letchworth, which had a small chapel behind it on Whitehorse Street. He used the chapel to give families time with their loved ones who had passed away before their funeral services.

Some 15 years later, Ted decided to convert his property on Hitchin Street, which was previously a stables with a forge. This space had always been used for industrial purposes, having been owned by a wire weaver in 1791, a carpenter in 1796, a wheelwright, blacksmith and iron founder in 1808, a cartwright and brass founder in 1850, then a millwright and engineer in 1859.

In 1881, a man called Thomas Spicer occupied the yard, and his occupation at the time was 'cabinetmaker and undertaker'. During this era, many craftsmen such as builders, joiners and carpenters became funeral undertakers, because their skillset well equipped them to make the finest coffins. This led to many people in the profession to become funeral directors later on in their careers.

When Ted Crouch bought the yard, he converted the stables into a chapel, the forge became an office, and the upstairs part of the building was to be the workshop for which coffins were made and waxed by hand.

Ted's daughters, Peggy and Janet, and his son-in-law, Trevor Gilbert, assisted in the running of the funeral directors, until Ted sadly passed away in 1983. Trevor then took over the business, and acquired our Letchworth office from another local funeral director called Mr Favell.

The company continued to go from strength to strength over the following years, with E H Crouch becoming a renowned and loved part of the Hertfordshire community, with funeral homes now in Stotfold, Stevenage, Letchworth and Baldock. 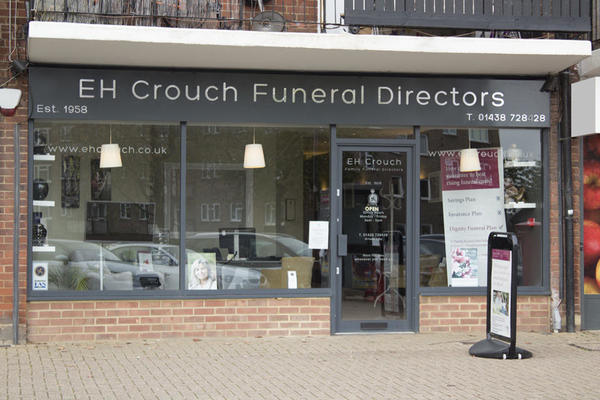 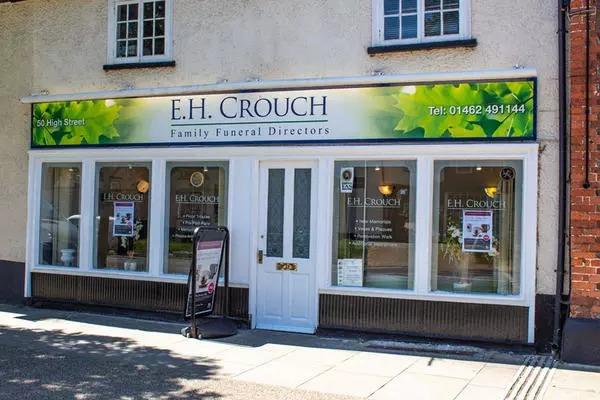 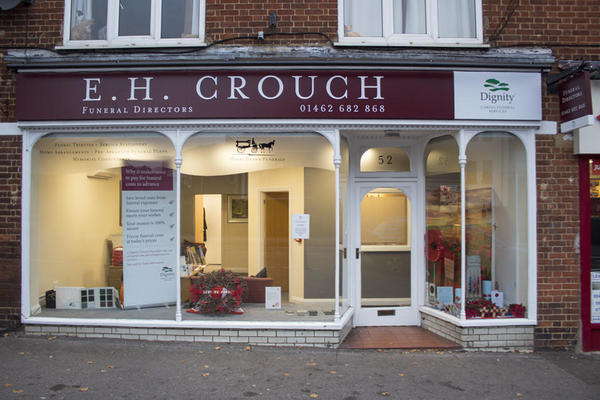