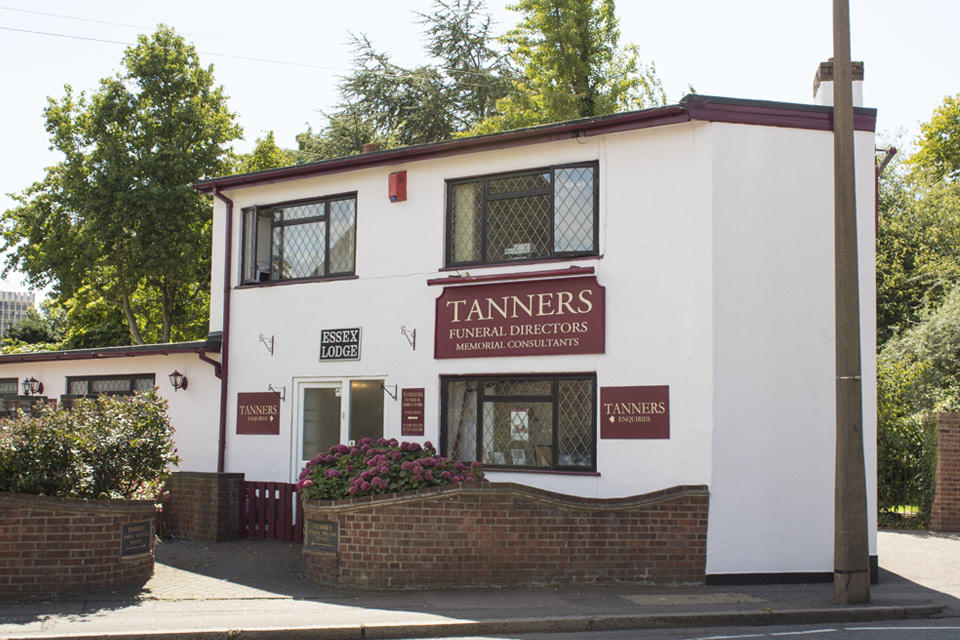 About our Prittlewell funeral home

We are Tanners Funeral Directors in Prittlewell, Southend-on-Sea. We are honoured to have gained the trust of the local families that have surrounded us since 1812, when we first started here.

We understand losing a loved one can be very emotional and difficult. We promise to be by your side every step of the way, to guide and advise where needed and ensure your loved ones funeral service is arranged beautifully and exactly as you wish.

A combination of rich heritage, many years of experience and a compassionate team means that we provide the very best quality of care for people in their time of need. You can trust us to look after your loved one with the utmost care and always have your family's best interest at heart.

Please call us at any time, we are available 24 hours a day.

We are opposite Saint Mary's Church, next to Churchill Gardens Park on the Blue Boar Junction.

There is plenty of parking available at the rear of our funeral home.

Samantha Shaw
Response from Tanners Funeral Directors
Thank you for posting your review online. I am pleased that you were so well looked after by our team and that we were able to help ease any worries that you may have had.
Displaying reviews 1 - 2 out of the 20 most recent