With funerals available from £995, our Horsforth funeral directors are here 24/7 to help arrange a fitting farewell for your loved one.
Where to find us
2 Haigh Wood Road
Horsforth Bridge, Cookridge
Leeds LS16 6PB
GB 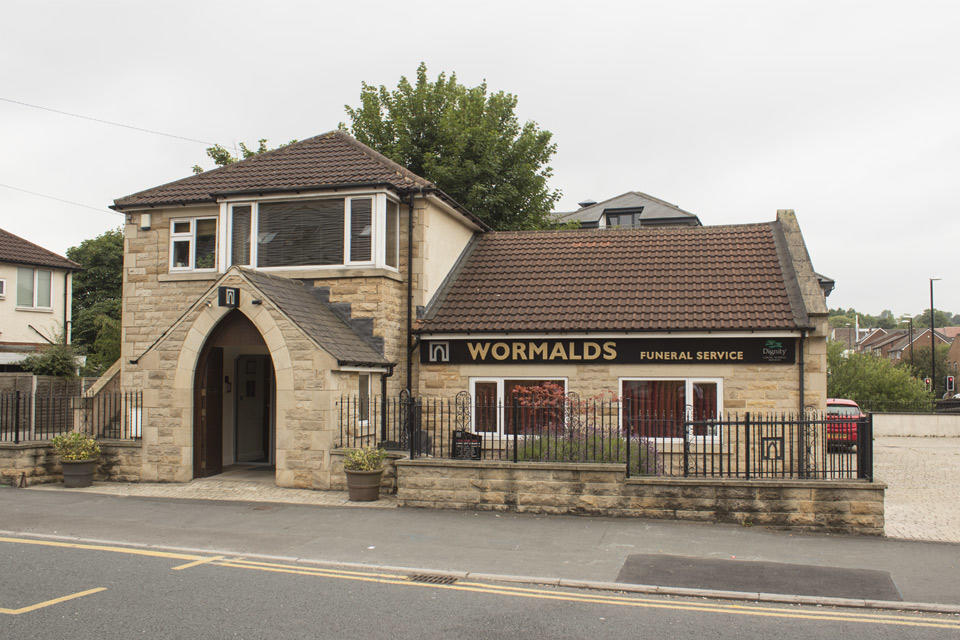 About our Horsforth funeral home

As a Dignity Funeral Directors, Wormalds Funeral Directors is made up of dedicated professionals. Our duty is to help make a difficult time a little easier for you and your family. Losing a loved one is never easy, so we will work closely with you to support you at every step.

From our funeral directors in Leeds, we arrange bespoke funeral services with kindness and compassion. The funeral home is easy to reach from the areas surrounding Horsforth, including Cookridge and Tinshill. On site, we have premium facilities that include a catering service and a private chapel of rest.

Our team is on hand, day and night, to advise, guide and otherwise support you. You can reach us 24 hours a day by calling 0113 258 4712 whenever you need our assistance. We are always here to help you.

With three different packages available, you can rest assured that we'll be able to arrange the funeral you have in mind for your loved one. Learn more about our Attended Funeral, Chapel Service and Unattended Funeral below.

You can park next to our funeral home.