Francis Chappell & Sons Funeral Directors began its journey Deptford in 1840, by a local man named John Chappell. John was 19 years old and a ‘cabinet maker’ at the time, giving him the skills to build elegant coffins with great craftsmanship, leading him to become an undertaker. By 1871, this was his official line of business.

John Senior and his wife Martha had seven children. They had four girls and three boys. Francis, who was soon to be the company’s namesake, was the youngest boy, and joined the family business in 1875 shortly after its new vocation was established.

In 1885, Francis Chappell Furnishing Undertakers was born. Francis had opened his first funeral home at Number 1 Belmont Hill, known as Lee Bridge House. This was also his family home. John Senior, John Junior and Francis were managing the firm, up until John Senior sadly passed away in 1893.

By 1935, Francis Chappell had grown to have nine funeral homes, and together with the nine branches named after John Chappell, the Chappell’s network of funeral homes was the single largest of its kind in the whole country. A year later, John’s name was removed from the business, and it became what we know it as today, Francis Chappell & Sons Funeral Directors.

Francis went on to have four children of his own, two sons and two daughters. His son Stanley joined the family business in 1905 at the age of 14, and together they worked on growing the business and opening new funeral homes to help families in neighbouring areas.

Lee Bridge House remained a funeral home until the 1980s, until it could no longer be used due to the foundations of the building sinking. They relocated this branch to the opposite side of the road.

Francis Chappell & Sons now employ over 125 local people in over 25 funeral homes across South East London. Our staff understand the customs and traditions of our community, still upholding the old-fashioned values of our founding family at the heart of all we do. Personal attention, care and professionalism are just a few of the principles we practice every day. We pride ourselves on having some of the hardest working and longest serving funeral professionals in the country. 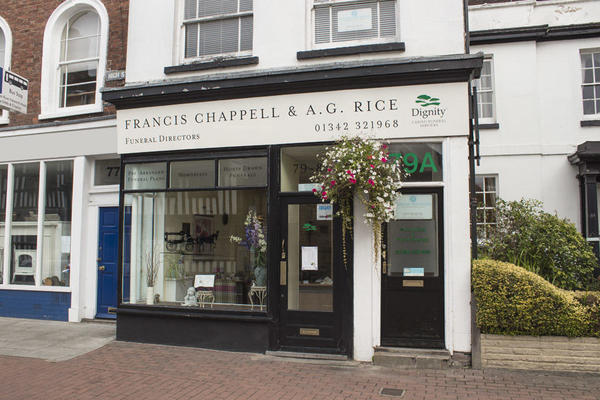 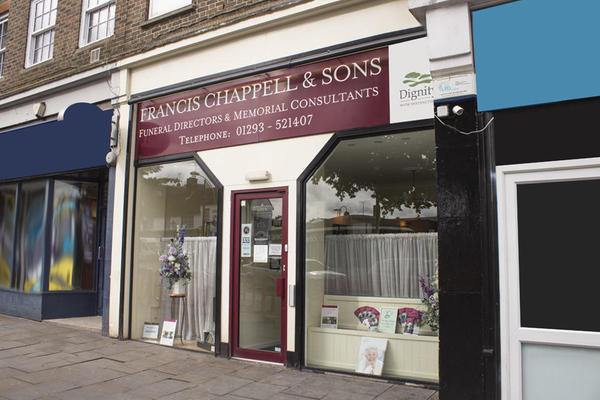 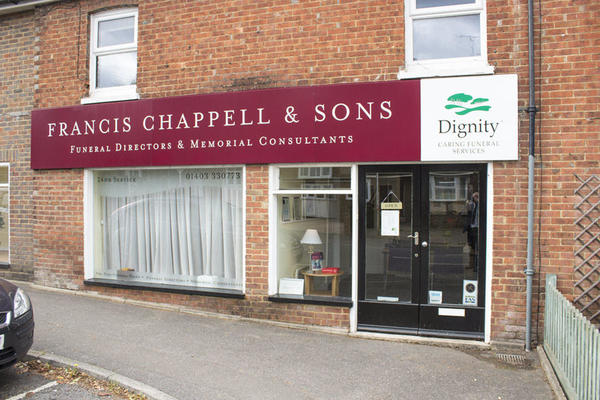 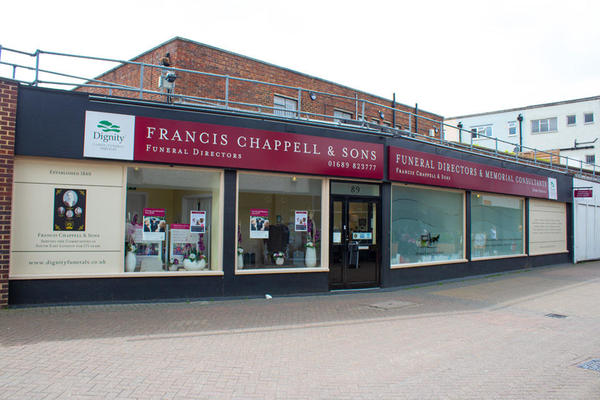 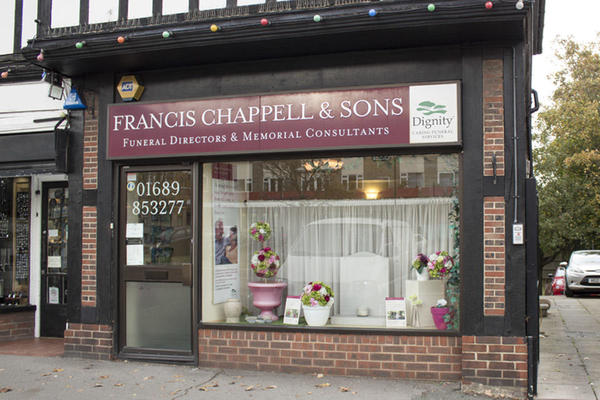 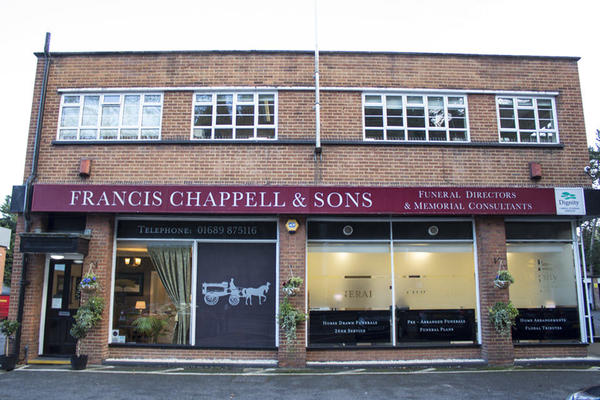 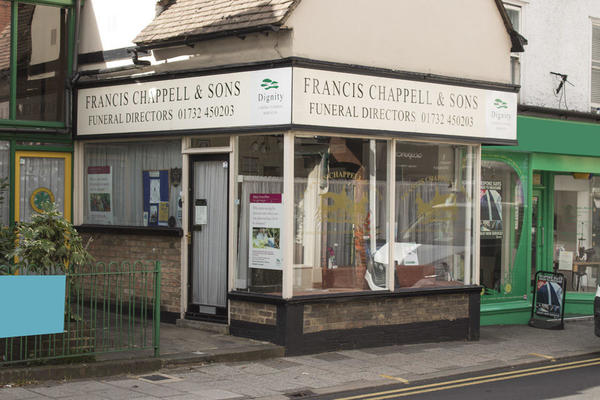 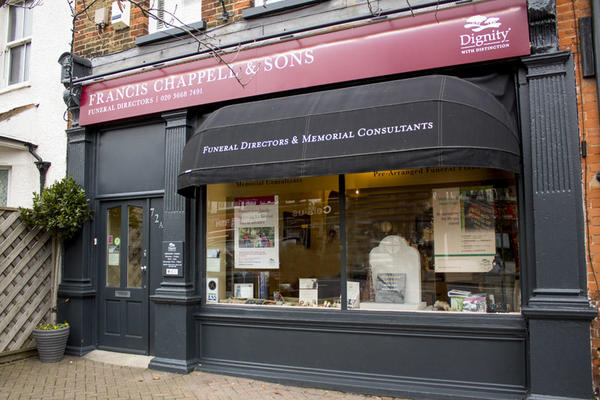 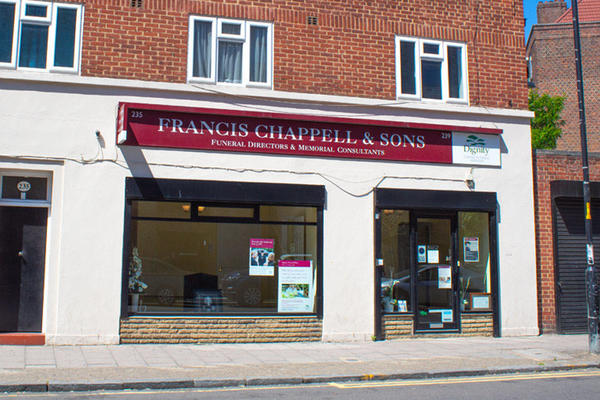 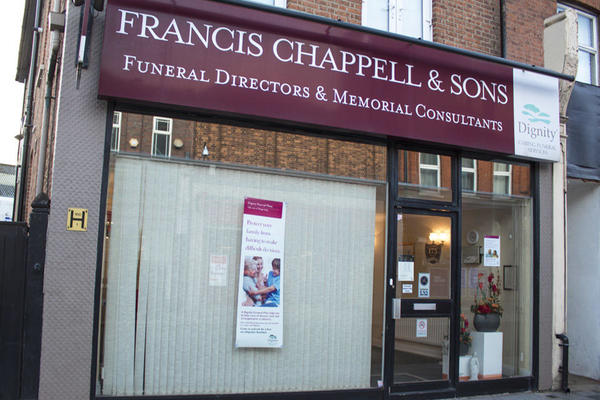 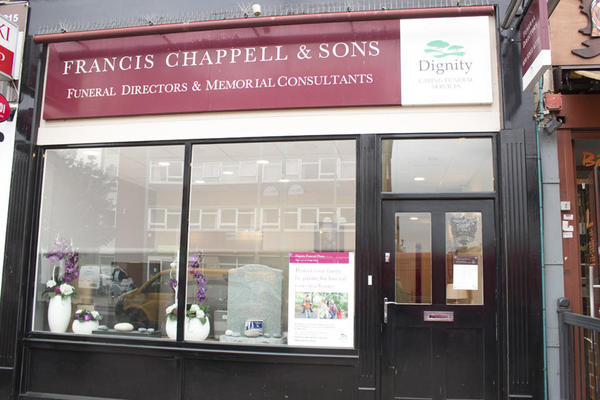 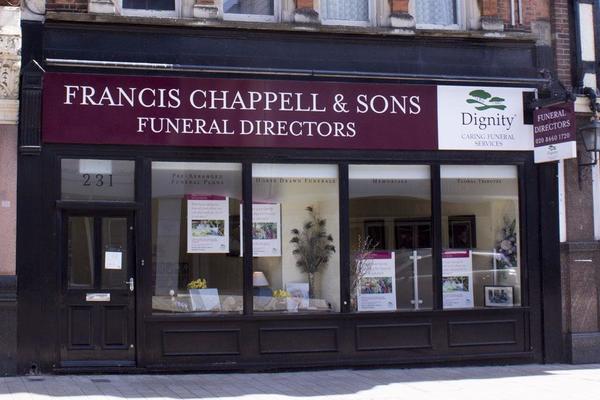 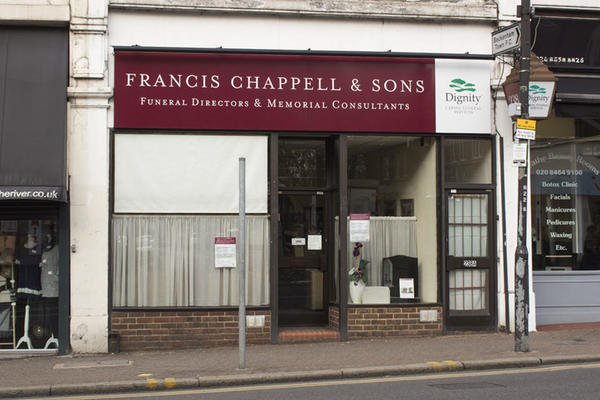 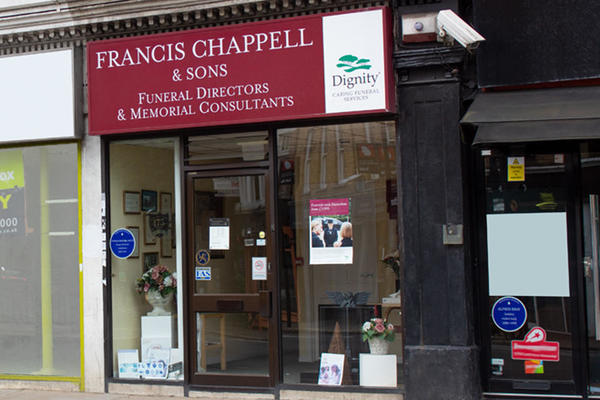 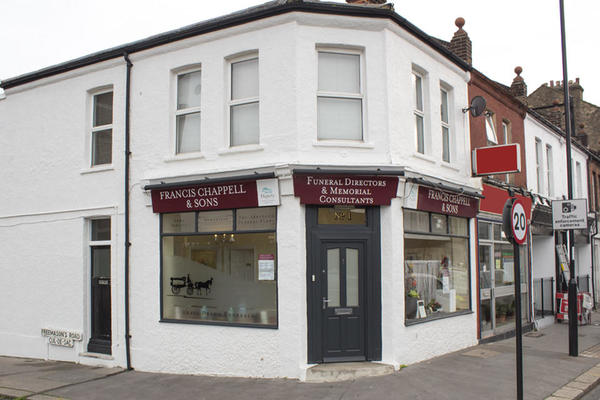 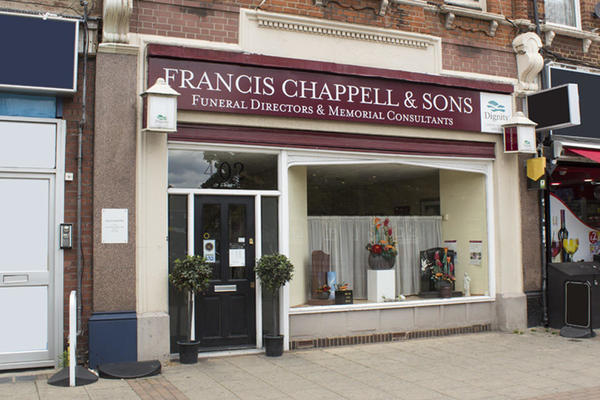 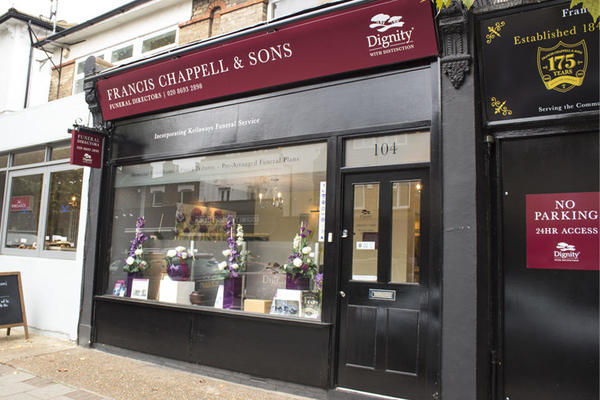 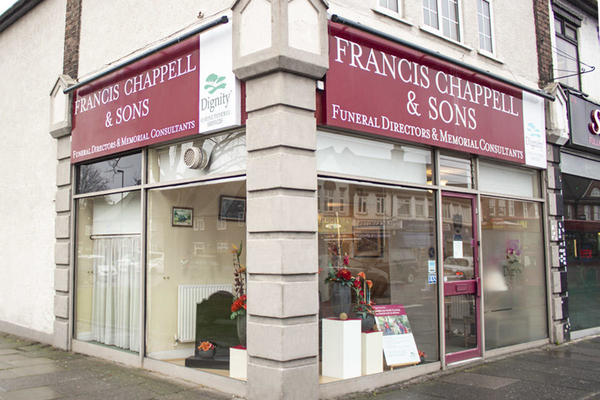 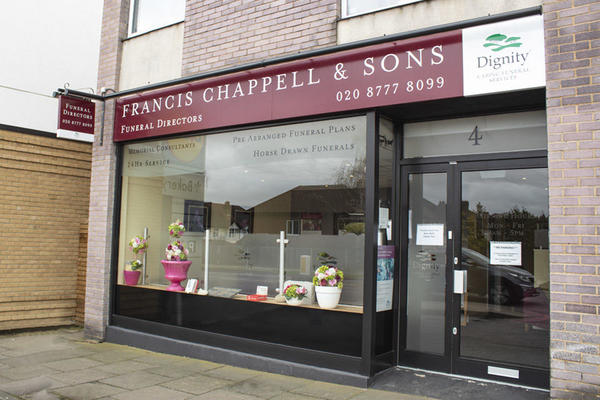 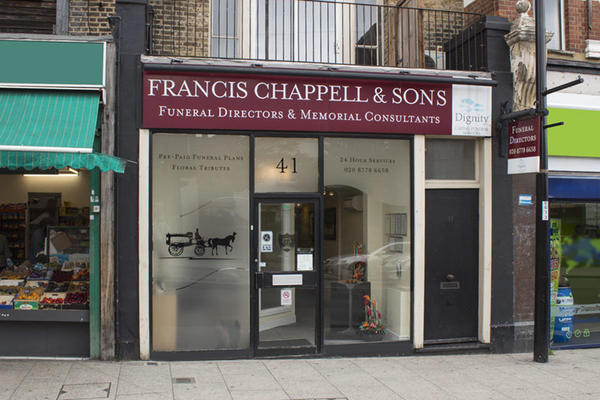 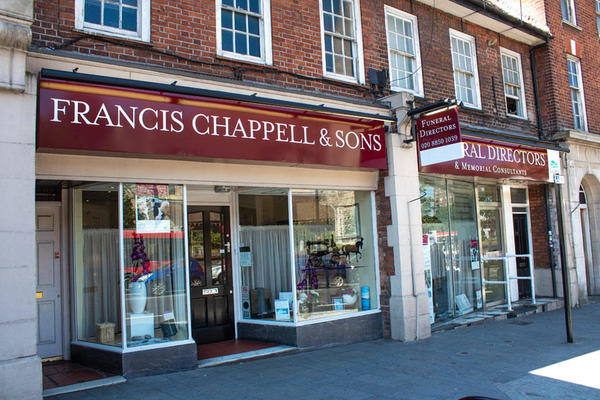 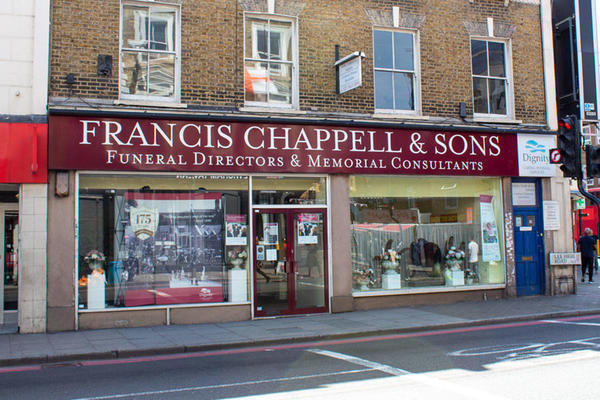 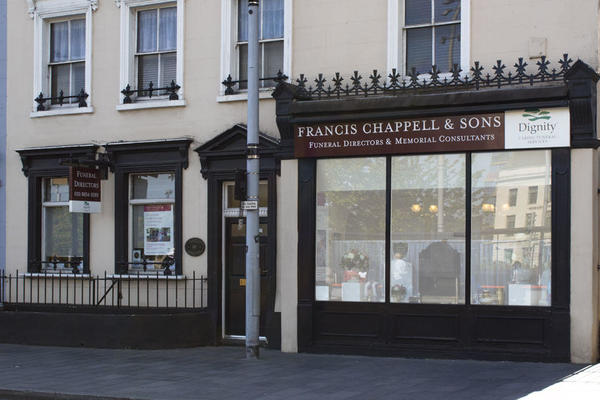 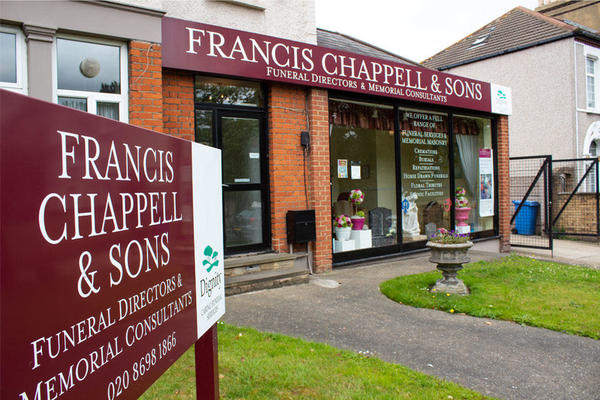