The history of our Surrey funeral directors

One of the oldest of funeral directors in the UK

Ebbutt Funeral Directors is one of the oldest businesses of its kind, dating all the way back to 1718, where it was first formed by John Ebbutt in Orpington. John was a carpenter and joiner who could skilfully create beautiful coffins, just like his father and grandfather before him.

The Croydon Directory in 1851 listed Ebutt's as builders, joiners and undertakers at 20 High Street, Croydon. The business continued to run under the family name for several generations, before a divide to the company was introduced: Charles Ebbutt & Co, monumental masons, and H D Ebbutt & Sons, undertakers.

Over the next century, the business opened several new funeral homes across Purely, Coulsdon, Selsdon and Wallington. H D Ebbutt also became T H Ebbutt due to a new family member taking over some time during the twentieth century.

In 1968, R H Willsher & Sons was acquired, which was a carriage-master that came to be a vehicle service that was used for Ebbutt's and other funeral directors alike.

That same year, B C Bakers & Sons of Caterham and Braziers of Limpsfield also came to be part of the company, with everything now under the name Ebbutt Funeral Directors.

The name Ebbutt Funeral Directors has always been synonymous with distinction and quality, having provided funerals for three Archbishops of Canterbury, which has helped our name continue to be renowned and respected throughout London and beyond. 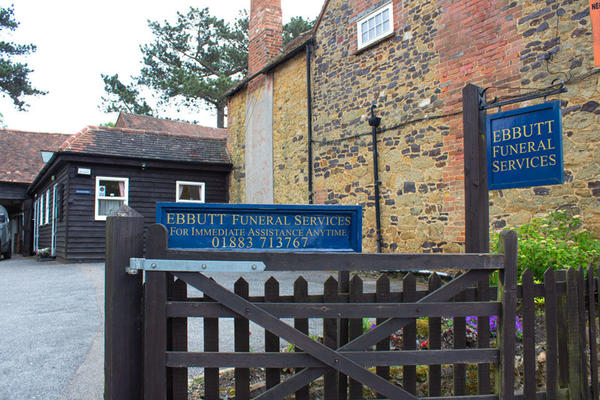