Supporting you and your family at every step, our Wycombe funeral directors are here 24/7 to help you celebrate the life of your loved one. Discover our choice of funeral services, with our Unattended Funeral from £995 and our Attended Funeral from £2,225.
Where to find us
Westbourne Street
High Wycombe HP11 2PZ
GB 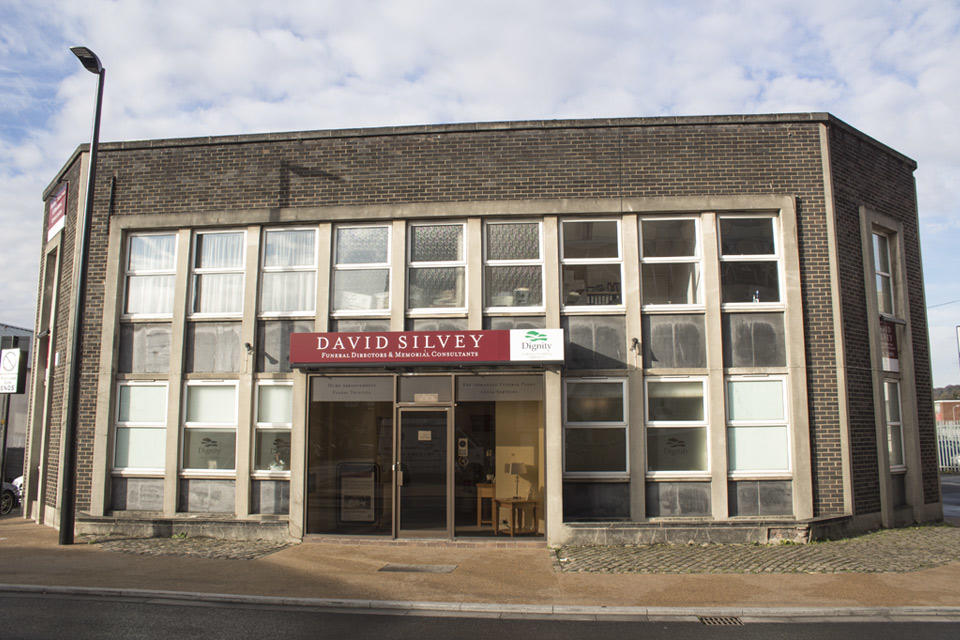 About our Wycombe funeral home

Welcome to David Silvey & Son Funeral Directors in High Wycombe. We have been providing funeral services with uncompromising quality since 1950. We are friendly, caring locals who promise to keep your best interests at heart every step of the way.

We love our Buckinghamshire community and welcome every family into our care with open arms. No matter what faith or culture, we will be able to cater to your needs and wishes, from a traditional, religious ceremony to a colourful celebration of life.

Our funeral home in High Wycombe was designed and built with the purpose of helping families during their time of need. It is a place of comfort and consolation to visit whenever you need. We also have a bathe and dress area for our Sikh, Hindu and Muslim families, and any other religions that may require them.

We welcome families from High Wycombe and all of our surrounding areas, such as Booker, Wycombe Marsh, West Wycombe, Hughenden, Downley, Totteridge, Terriers, Four Ashes, Hazlemere and beyond.

We are here for you and your family. You need only give us a call. You can call us 24 hours a day.

Choice of funeral services in Wycombe

We know there is a lot to think about at this difficult time, so at David Silvey & Son Funeral Directors in Wycombe, we give you the choice of two funeral services to suit your requirements. Whether you prefer a traditional or contemporary attended funeral service, or a lower-cost unattended funeral, your loved one, as well as you and your family, will receive the highest standards of care and compassion.

We are located in Westbourne Street, off Desborough Road opposite the Vernon Building.

There is car parking available at our funeral home.